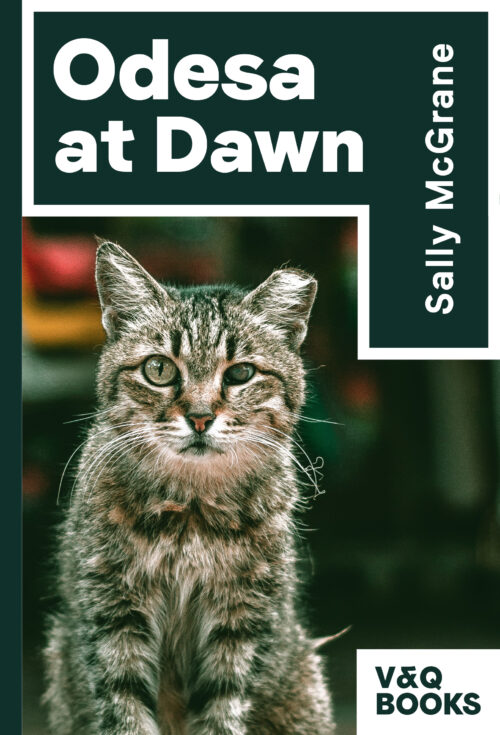 Ex-CIA man Max Rushmore travels to a still-peaceful Odesa on routine assignment. But things veer off course when the severed hand of the local governor shows up in a vat of sunflower oil. Max stumbles across a solitary toe, with the same tell-tale markings. The downsized professional can’t help himself – he has to investigate.
With the Russian threat in the background, Max’s quest takes him down to the crumbling underbelly of the beautiful Black Sea port city, once the Russian Empire’s glittering third capital. It leads him to dubious businessmen, corrupt officials, catacomb dwellers, scientists, pastry-chefs, poets, archivists, cops – and killers.
As global political tensions rise, Max begins to untangle the threads of the case. But he is also being tracked – and not just by Odesa’s network of mafia-minded stray cats, who may be the only ones who really know what’s going on.
In this surreal contemporary spin on the classic spy thriller, Sally McGrane pays tribute to one-time Odesa residents like Babel, Gogol, Pushkin and Chekhov, and to the city itself, creating a darkly witty, beguiling and bizarre work of fiction like nothing before.
Tokarczuk meets Bulgakov meets Le Carré, in this affectionate portrait of a complex and fascinating city.

Sally McGrane's smart new thriller bristles with dark humour, slinking along and zigzagging through its plot like one of the city's streetwise felines. Come for the story, but don't forget to take in the sights.