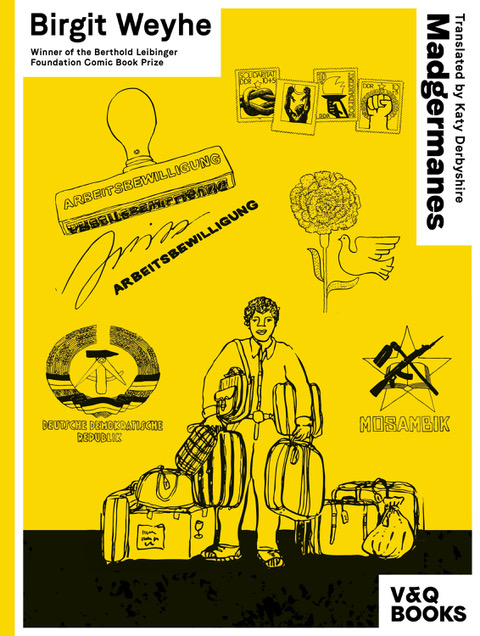 ‘Madgermanes’ is what the Mozambican workers once contracted out to East Germany are called today. At the end of the 1970s, some 20,000 of them were sent from the People’s Republic of Mozambique to the GDR to labour for their socialist sister country. After the Berlin Wall fell, almost all of them lost their residency status. Decades later, they are still waiting for most of their wages to be paid.

Birgit Weyhe depicts their search for belonging and a place to call home, caught between two cultures and two states that no longer exist. Based on extensive interviews, she creates three fictitious narrators and transforms their stories into a visual language that skilfully interweaves African and European narrative traditions.

Winner of the Berthold Leibinger Foundation Comic Book Prize and the Max and Moritz Prize for Best German Comic.

The book is a great document and a monument to the injustice that befell me and other contract workers in East Germany.

Birgit Weyhe traces emotions and situations, translating them into overwhelming images by entering into an artistic dialogue between European and African culture.