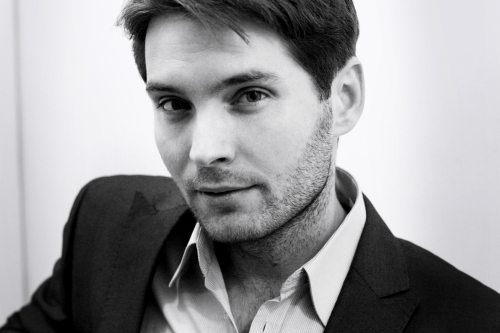 In your novel »Paranoia«, young writer Anatoli and mysterious Jelisaweta, who is also the Minister for State Security’s mistress, fall in love with each other. How can Anatoli stand this relationship with her at all?

Our emotions is not the thing that can be easily controlled. How Romeo Montaque could stand relations with Juliet from house of Capulet? How Helena The Beautiful could leave her husband and provoke the Troy war? As in these stories, my heroes fall in love prior to realizing how actually rival they are to each other. It is a love from the first glance (that means, this type of love that can only be recognized as a true one). It often happens that humans are so close without knowing each other that they kind of recognize the partner. I do not know how it works, probably they were together in some prior lives or incarnations. But once you are in love it is impossible to say »stop« to your heart. Absence of beloved one fills you with suffer, his political views or institutialisation stops to be anyhow important. Anatoliy hates the regime, hates Muraviev but can’t stop loving Elizaveta. In a way it makes him even more rival to Muraviev since they become competitors.

»Paranoia« contains various types of text: the draft of Anatoli’s novella, his point-of-view and – especially prevalent – numerous surveillance protocols. What role does textual form play for your novel’s story?

These different forms of narrations help to hear different voices these story told by. You forgot to mention the report of official news-paper about ordinary life of these »heroes« who serve at KGB: I spent a lot of time stylizing and reconstructing this freaky style of governmental press.

Talking generally, text and its forms is very important in this novel, since in a way the whole plot is a puzzle created by style and these multitude of discourses. At the end, we don’t know what happened exactly. Answers are given in a form of linguistic game and only those attentive enough will manage to receive them.

Readers and journalists tend to set »Paranoia« in relation to political circumstances in your home country Belarus, where the book itself is banned. What do you think about this political interpretation of the novel?

Well, I’m not against it. The only things that disturb me very much are narrow-minded clichés that surround my country. When the phrase »last dictatorship of Europe« is said by US official – it is part of politics, when it is reproduced by media, it is also normal, cause cliché is like a language in which media usually operates. But when something like that comes to literature, it becomes a play, probably – my way to express sarcasm about us beeing perceived in that simple way.

Simplicity is good for web sites, but it kills literature. So this is why I prefer to dodge any interconnections between this text and current Belarussian political reality. Please, believe me, it is not about my fear: I’m now in the middle of an official investigation and simply cannot get more problems than I already have. It is about the presence of artistic taste. I do not want to be kitschy.

Coming back to the story, it is obvious that Muraviev is a kind of contradiction to Luckashenko. When Paranoia was published in my country, one critic stated that Muraviev, who is a well educated piano player, personifies our common astonishment of the very fact that somebody who is so simple and, let’s say, plain as Luckashenko can rule the country for so long. So I kind of invented a »proper dictator« to replace a strange and simplified one.

Do you support a form of engaged literature? How is literature supposed to work?

Aesthetics is the best way of engagement. To change the people you have to start with what they read, not with how they vote. Voting practices are defined through overall culture which is upgradeable by proper texts. Sorokin with his aesthetical dictate did more for Russia than any engaged author like Prilepin. Same with me: my engagement is deeper than covering or echoing some generalities from current info agenda.

How do both your work as a professor for history and political science at the European Humanities University in Vilnius, Lithuania, and your research in art history influence your writing and vice versa?

It influenced me very much, since arts and science is a kind of communication channel I have with reality. Beeing extremely close minded and having hardly two friends in my life, I use books I read to understand culture I’m in – better. For me the case of Chagall was my first encounter with all this KGB crap, since working in Vitebsk’s archives I found numerous »special« documents protocolling his life. The style of these documents was an endless source of inspiration for me while writing »Paranoia«.

Considering both the Russia-Ukraine-conflict and NSA’s bugging scandal, your novel meets exactly the pulse of the time. Should we be more concernced about our rights such as freedom and privacy; is there reason for having paranoia?

We should constantly be concerned about our right to privacy since Internet and social networks put us in a kind of glasshouse. We have a dream of our anonymity as a main foundation in this glasshouse. But of cause we are visible. Of cause every action we do is observed by numerous persons and services, including, for example Google, that becomes some kind of Big Brother 2.0. Does that mean that we should get paranoid? No! We should live our lives and fear nothing. Because paranoia and the sense of fear it provides don’t correspond with real threats.

I was constantly imaging my possible arrest when I was writing this book. When it was published and came under the ban, I spent some sleepless nights waiting for searching and interrogation. And when I was in Grodno a couple of weeks ago and saw militia and was really arrested (for the first time in my life – for Mova’s book presentation), there was no fear at all inside me. Only growing tiredness of this stupidity…

So, the most dramatic moments usually keep you indifferent. Why disturb yourself imagining and fearing them? Sense of fear is subjective – I know it now for sure. If you know that you are right, that you create so powerful texts, that they have to ban them in XXI century, just keep going. Don’t look back and don’t get nervous. Paranoia is healed through self-confidence.